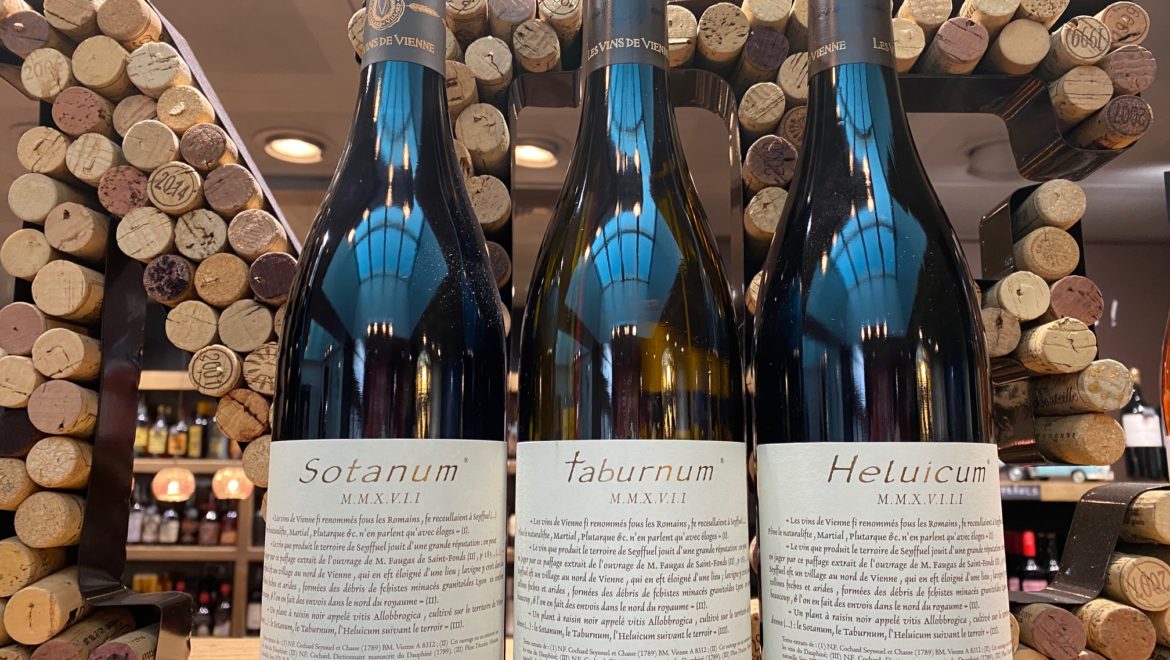 Around the French town of Vienne, 30 kilometres south of Lyon, wine was already being cultivated by the Romans in the second century BC. Postcards from the nineteenth century still show many hectares of vineyards on both banks of the Rhone. At the beginning of the twentieth century, Phylloxera struck, along with war and economic crisis, and wine production in the region was decimated. By the 1970s, there was hardly anything left of such great names as Côte Rotie and Condrieu, until a few visionary winemakers started planting vines again …. However, only on the right bank of the Rhone, in Seyssuel on the left bank, nothing happened.

Until 1996. Yves Cuilleron, François Villard and Pierre Gaillard knew where to find the old vineyards on the slopes in Seysseul. One fine day in Cuilleron asked his friends “Et si on plantait Seyssuel?” It was quickly agreed, and so under the name “Vins de Vienne” they began to clear the old terraces and plant them with vines. The first harvest was in 1998. For six years, they were the only winegrowers in Seyssuel, and the world remained rather indifferent to their wine. But slowly this changed. Other winegrowers started to reuse the old vineyards on the left bank of the Rhone, so that there are now seventeen winegrowers with a total of about forty hectares of wine.

The Vins de Viennes are meanwhile a success story. Since 2012, the wines of Seyssuel have had the IGP “collines rhodaniennes”. According to most connoisseurs, the quality is definitely comparable to that of the Côte Rotie and Condrieu, although the slightly different soil composition provides more freshness. The original wines of Vienne were given the Latin names Heluicum, Sotanum and Taburnum, according to the makers names already used in the first century by Pliny the Elder in his descriptions of the wines of Seyssuel.

Those original wines can of course be found at Paradisi, as well as several other Vins de Vienne!